The meeting was co-hosted by the Consular Office of the Republic of Korea in Dallas and the Korean Society of Dallas. The meeting was a part of the Korean-American community’s ongoing efforts to promote safety in Koreatown after the May 11th shooting at a Korean-owned hair salon on Royal Lane.

Major Stephen Williams of the Dallas Police Department’s Intelligence Division was invited to the meeting, along with several other officers, to talk about how the Fusion Center can help fight crimes and promote safety. 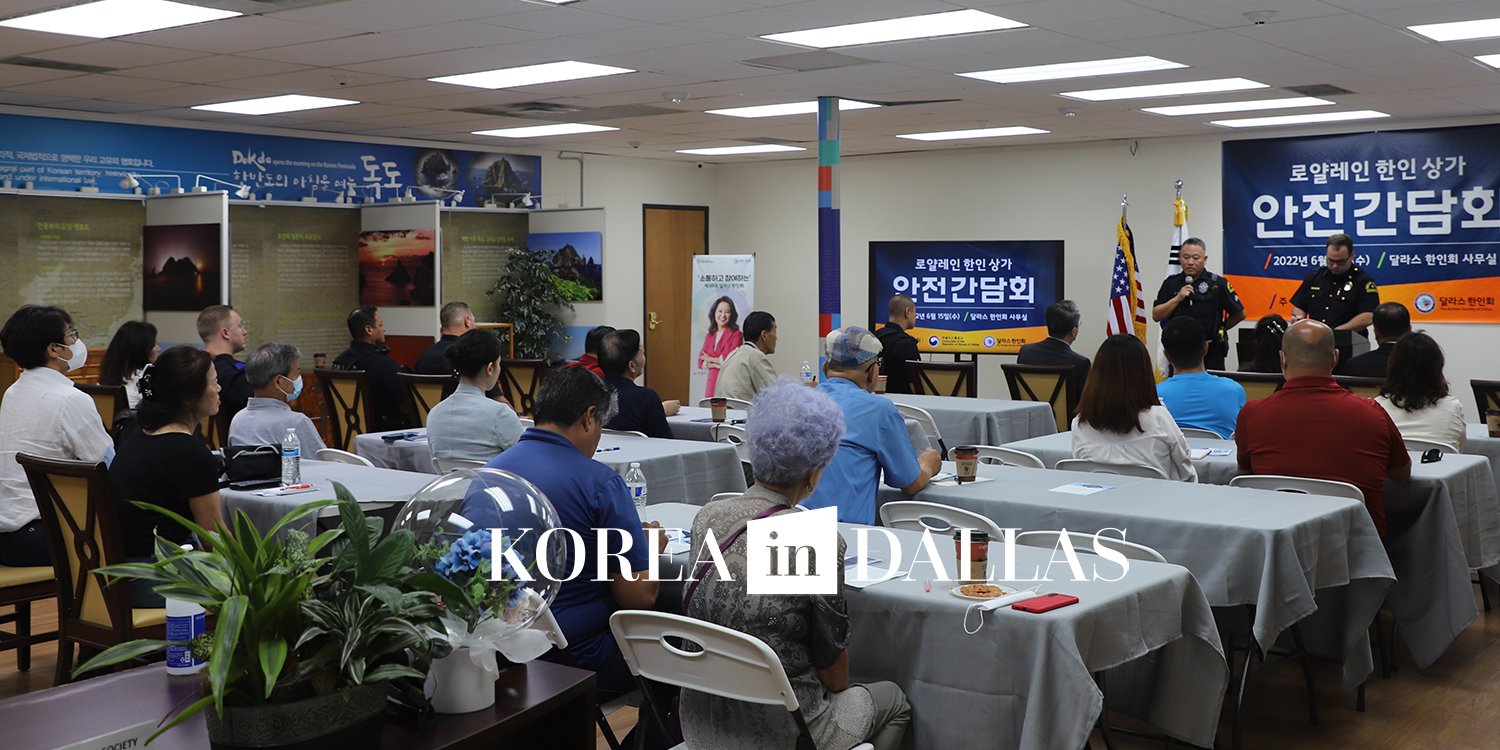 Over a dozen Korean-American business owners and building owners were in attendance.

Officer David Kim, who is Korean-American, translated Major Willimas for the attendees.

According to the Major Williams, the Fusion Center “exchanges and disseminates information and intelligence data related to criminal activity, criminal enterprises and suspected terrorist activity within the Dallas Police Department’s area of operations.”

Simply put, the Fusion Center can be used to remotely connect surveillance cameras at private businesses and allow the Police to use the video feeds in response to a crime and pursuing criminals.

According to Major Williams, the Fusion Center will be rolling out a new program that’s going to be city-wide in about six months. It will be somewhat similar to the ‘Starlight’ crime-fighting initiative but different, says Major Williams.

“We are not going to require you to buy any special camera systems. You are going to buy a device that will connect to your existing camera system and that camera system will be piped into the Fusion Center. Business owners will decide what cameras to connect. You can have it set up so that if a high-priority 911 call is made, it will automatically trigger the release of those cameras.” Major Williams said. 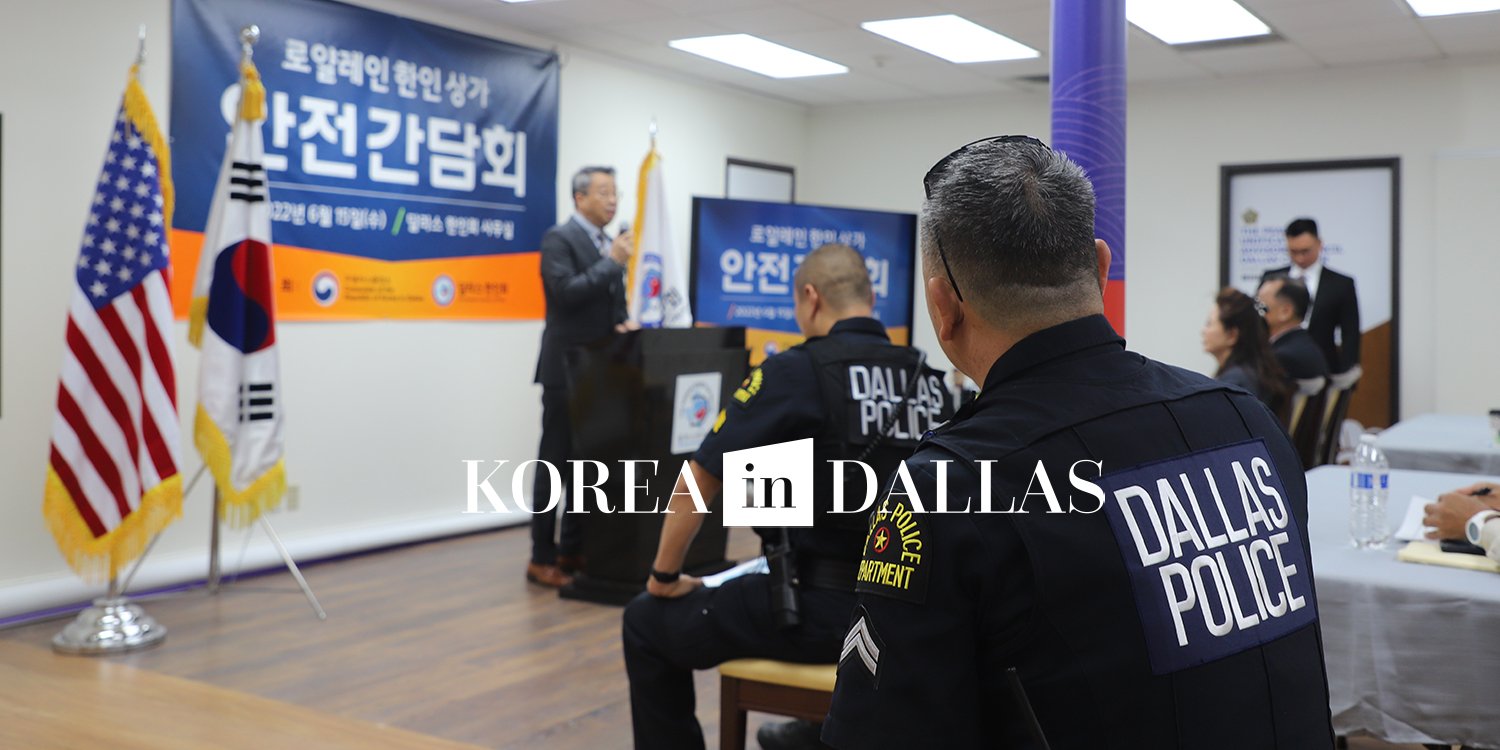 Business owners who have camera systems that store videos on premises will have to wait until the procurement process is complete.

The Fusion Center is currently capable of connecting to cloud-based camera systems and allow the Police to login remotely to analyze the video.

Major Williams emphasized to the audience that the Police department and Chief Garcias want to do whatever they can to help promote safety.

“We want to ensure that businesses and citizens are safe. That’s what we are here to do.”

During the Q&A session, attendees requested for such safety improvements as better street lights, more Police presence in Koreatown, and solution to homeless problems that are plaguing the area. 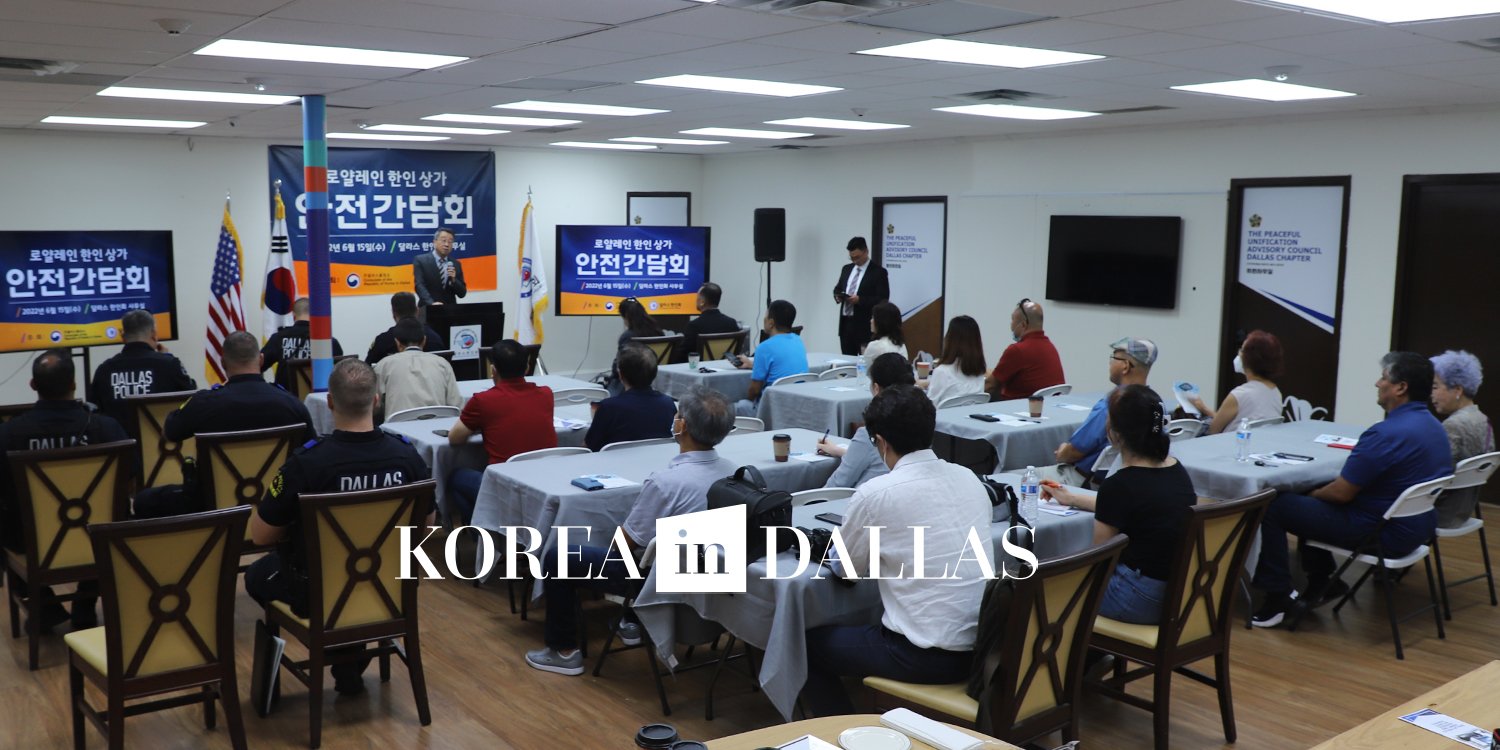 At the start of the town hall meeting, Myung Joon Kim, the head of mission, explained how he came to work with the Korean Society of Dallas to host the meeting.

On May 24th, Kim had a one-on-one meeting with Chief Garcia at the Consular office and learned of how the Fusion Center can help business owners fight crimes and wanted to share it with Korean-American business owners. 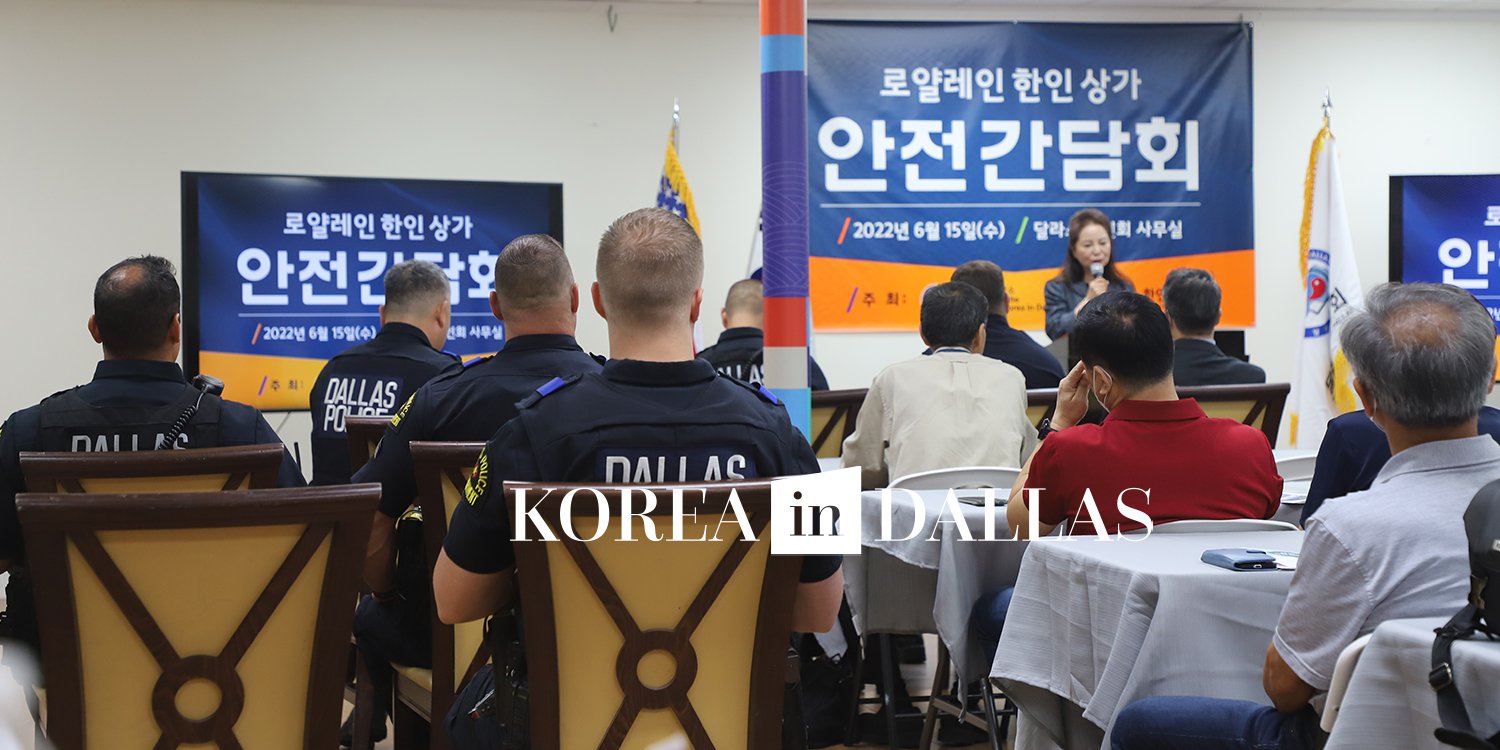 “After the hair salon shooting, many of the business owners are requesting for more Police presence in the area. While the Police is the best answer to fighting crimes, we all know that it will require extra budget and it may not happen the way we want it.” said Consul General Kim.

“But what you can do, in the meantime, is that you can install surveillance cameras and work with the Police Department in fighting crimes against businesses and individuals.” 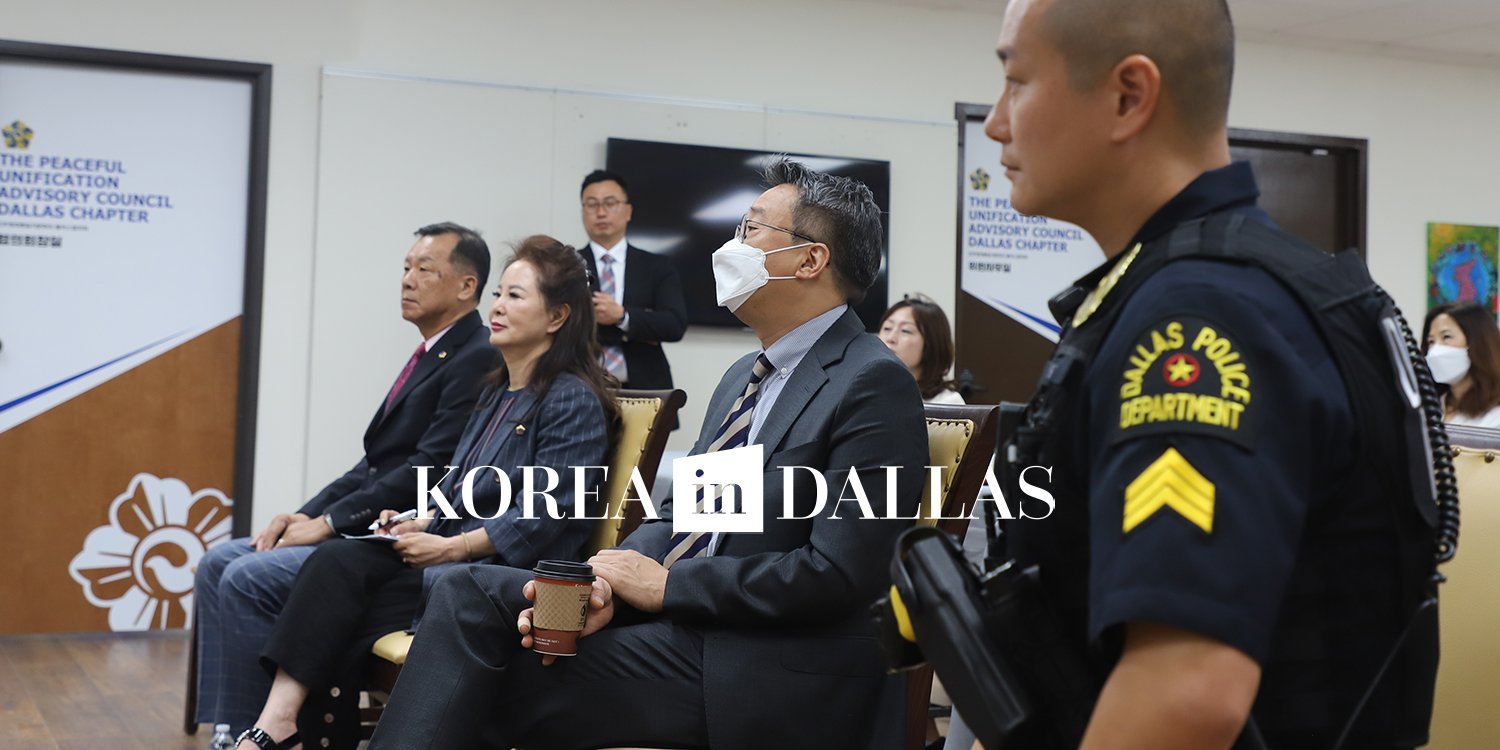 “While I wish the shooting victims a fast recovery both physically and mentally, the rest of us need to focus on how to make Koreatown. All of us at the Korean Society of Dallas are working diligently with mainstream public officials to figure out ways to make the Koreatown safer.” said Sung Joo Yu.