The Korean American community of North Texas will be hosting a scholarship fundraising golf tournament on Tuesday, October 25th.

The tournament is open to anyone over the age of 18. Scholarship funds raised through the tournament will be awarded to Korean American youths. Details will be announced at a later date.

There will be lots of prizes and giveaways. A Mercedes-Benz for hole-in-one, round trip airline ticket to Korea, big screen TV, rice cooker, vacuum cleaner, golf products, gift card for free lessons at JJ Golf Academy will be provided.

“It had been a long time since I met any of the representatives from those suppliers because of the Covid-19. But they were gracious enough to glady sponsor the golf tournament. I thank them for their sponsorship on behalf of all the participants” Lee said.

Lee said, while most Korean American owned donut shops have recovered from the Covid-19 setbacks, the rising cost of donut supplies is hitting the Korean American small businesses hard.

“Inflation is not only affecting the Korean American donut shops in North Texas but it’s also killing the entire small business segment. If the price continues to go up like this, the Donut Association may have to reinitiate the group purchase program like we did years ago” Lee said. 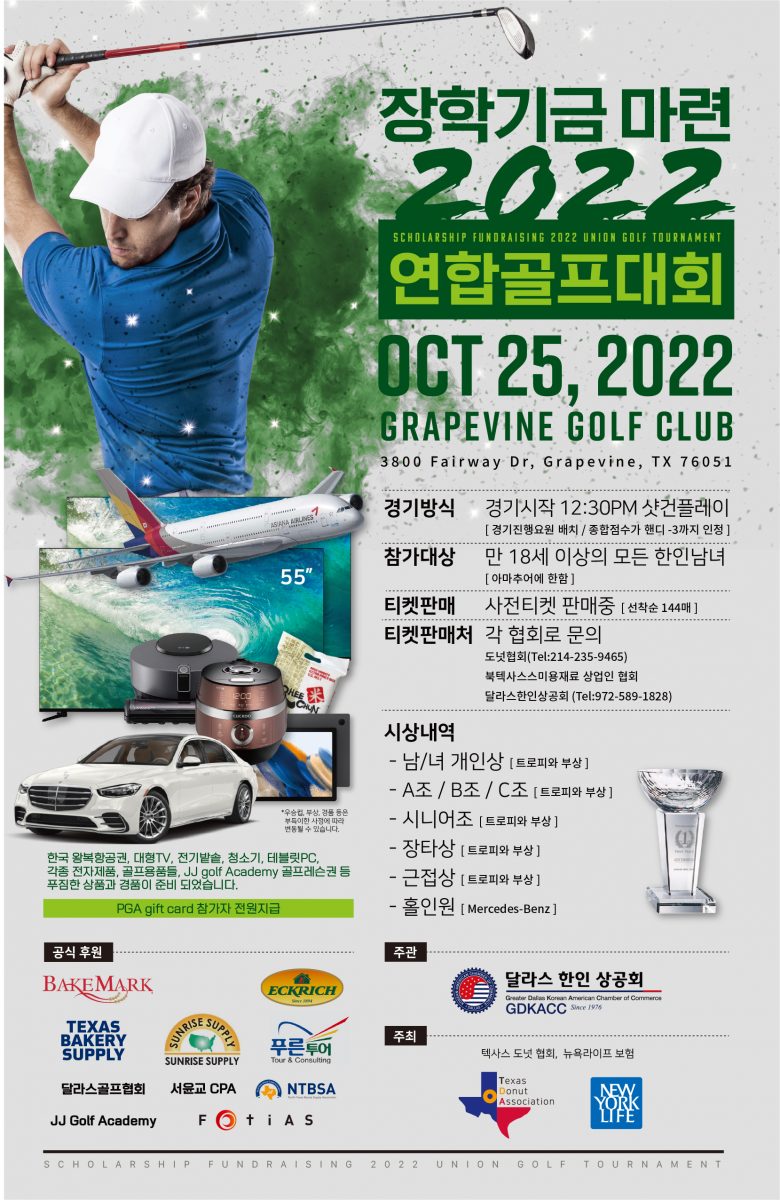