If you happened to drive by Carrollton H Mart shopping center Saturday afternoon on November 19th, you may have noticed a small group of Asians holding signs in protest of something.

About 30 Korean Americans participated in the protest, which was organized by Democratic Citizens Action of Dallas.

This is an organization that is comprised of a handful of North Texas Korean Americans who are calling for President Yoon’s resignation.

One might wonder “What good is it to have a protest in Carrollton if they are calling for South Korean President’s resignation?”

Chang Suk Oh, who leads the group explains why.

“Koreans living overseas are affected, directly or indirectly, by how the home country does. If the leader of the country is not able to do his job right, it will end up affecting the Korean Americans here in North Texas. We wanted to send a message to President Yoon. The world is so closely interconnected with the advancement of the Internet and social media. I’m sure our protest here will have some type of impact on the overall efforts to oust President Yoon.” Oh said.

Back in Korea, call for President Yoon’s resignation is getting louder and louder.

Hundreds of thousands of Koreans are gathering on a regular basis in the heart of Seoul, calling for President Yoon’s resignation.

President Yoon’ approval rating hovers around 30%, the lowest ever for South Korean president in the 6 months of the term. 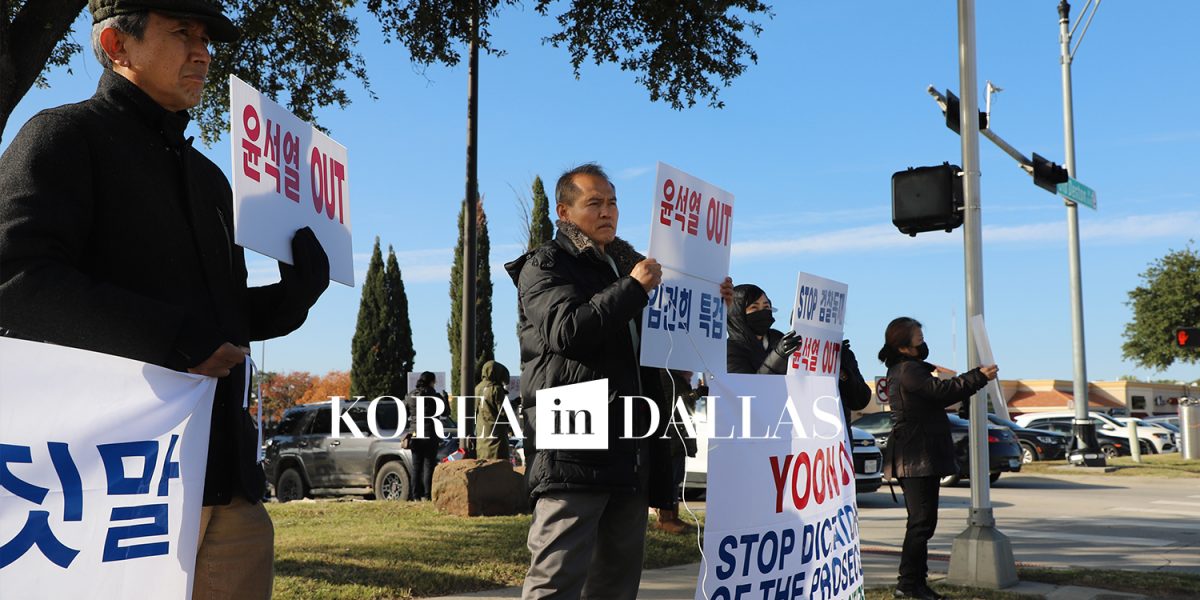 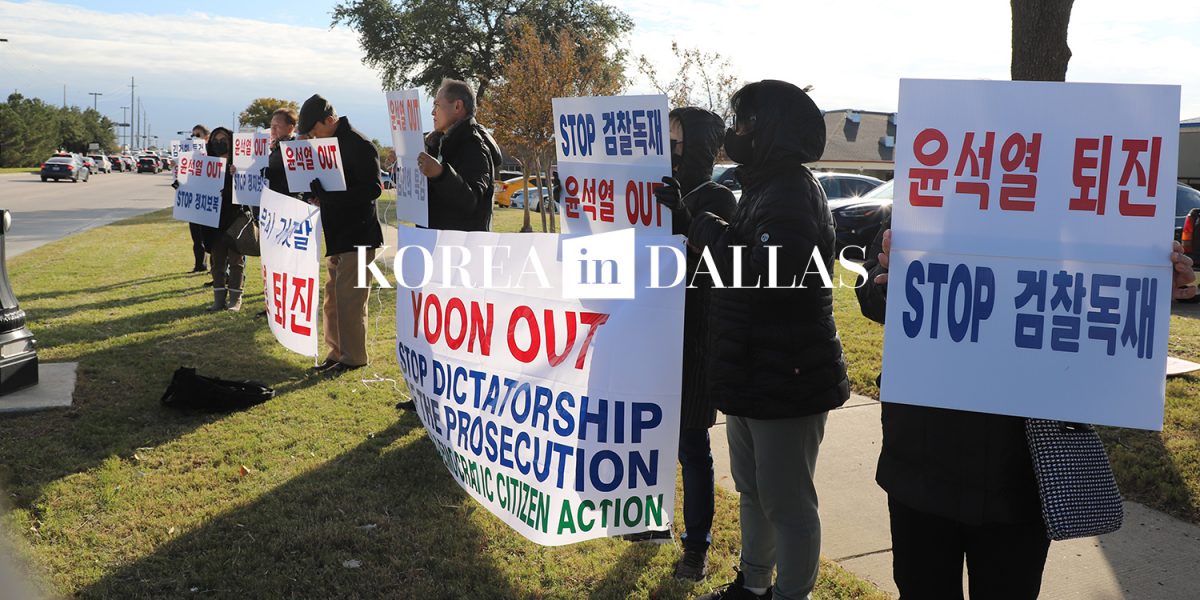 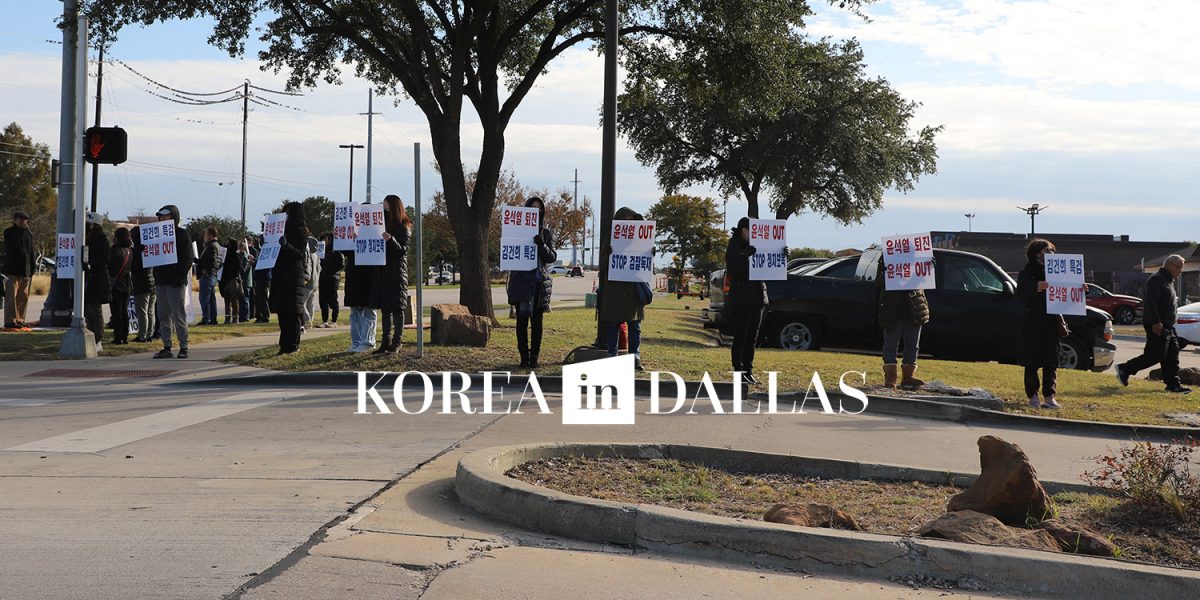 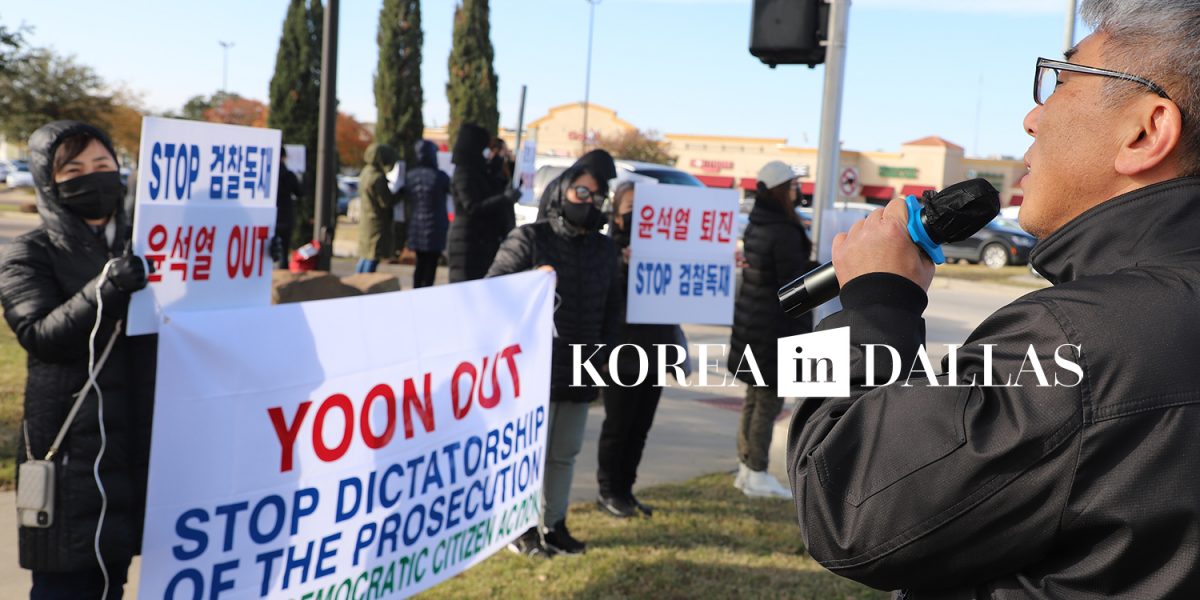 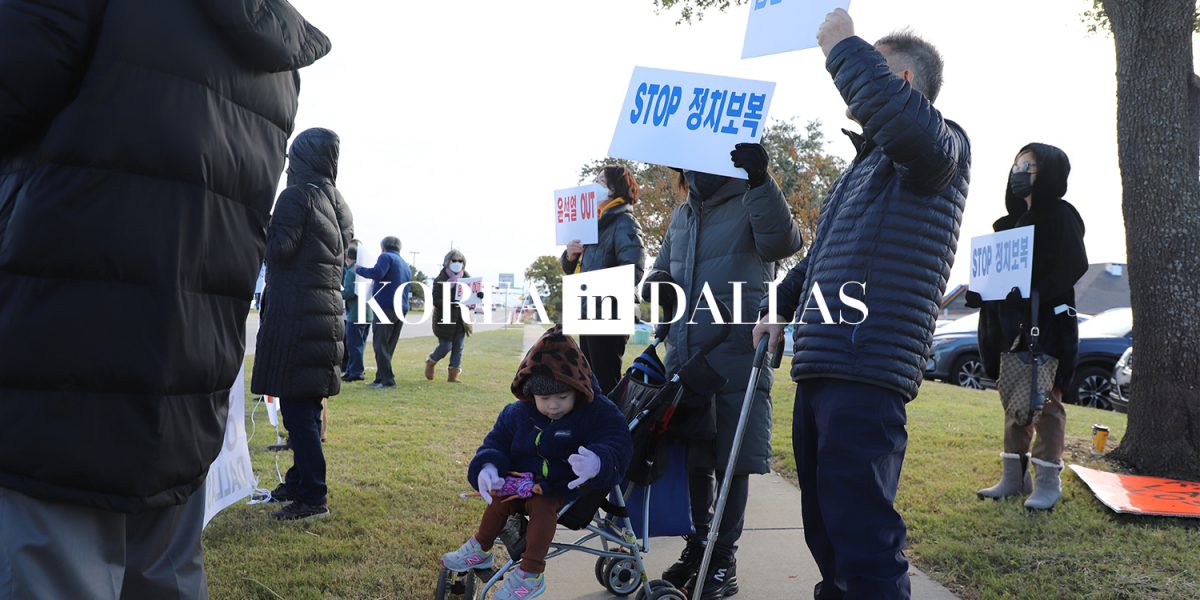 PrevPreviousKimchi event to be held at Capitol Hill